Home » News and Updates » What is a Mic Preamp and Why Do I Need One? »

What is a Mic Preamp and Why Do I Need One? 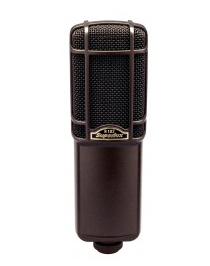 It seems like everywhere you go there are more audio devices. Wherever there is sound being amplified, there is a microphone picking up that sound. That mic could be on the your football coach’s “bull horn”. Another microphone could be 20 or 30 feet above a Symphony Orchestra as they record a Beethoven Symphony for future generations to enjoy.

Speaking of recording, the recording studios have a wide variety of mics. We all have cell phones. Although we are not conscience of the hows and whys of this miracle, it too has a built-in microphone. The microphone list goes on and on and includes: walkie talkie sets, hearing aids, electronic tuners, telephones, 2 way radio communication devices, and much more. There are microphones used in Houses of worship, police cars, radio and TV broadcast facilities and even on our laptop computers. There are microphones on my grandson’s favorite truck, the fire engine. Needless to say, microphones are seemingly everywhere.

All of the microphones we just mentioned have a preamp associated with them. As you might guess, Preamp is short for pre-amplification. You might say it’s an amplifier before the amplifier. If you think about how the sound gets from the singer on stage to the loudspeaker, the preamp has a vital role.

To explain this, we will assume, for our purposes, that there are three volume levels of audio. The lowest level is the output of a microphone, known as Mic Level. Mic level signals are amplified to the next level known, in the audio industry, as Line Level. Line level is not enough level to adequately drive loudspeakers, but will usually drive headphones or earbuds. Audio mixers require Line Level signals for a mix to happen. A Speaker Level signal is needed to complete the audio journey from the microphone on stage to the speaker to your ears.

In high-end audio equipment, there are some very fine built-in microphone preamps. But if you want a world class microphone preamp, you look for a preamp that is not just a part of a console or mixer but a preamp specifically engineered to deal with those unique problems associated with microphone level audio signals. Some of these problems include electronic noise, RF (radio frequency) interference, 60 hz hum and other issues.